This is my first time writing for From the Finney so I hope you will bear with me as it’s not something I am accustomed to.

I’ve been asked to write about my first Preston North End idol by my friend and editor of the site, Jake. For me, there’s only one man that stands out: Teuvo Johannes Moilanen.

My first season watching the Lillywhites that I can remember was the 97/98 season and I would have been just 5 years old. My Dad used to work for the junior football federation which meant that we went to most matches at home very early. He used to sit me on the wall of the old Pavillion tucking my legs under the blue bar, literally I had the whole stadium to myself. 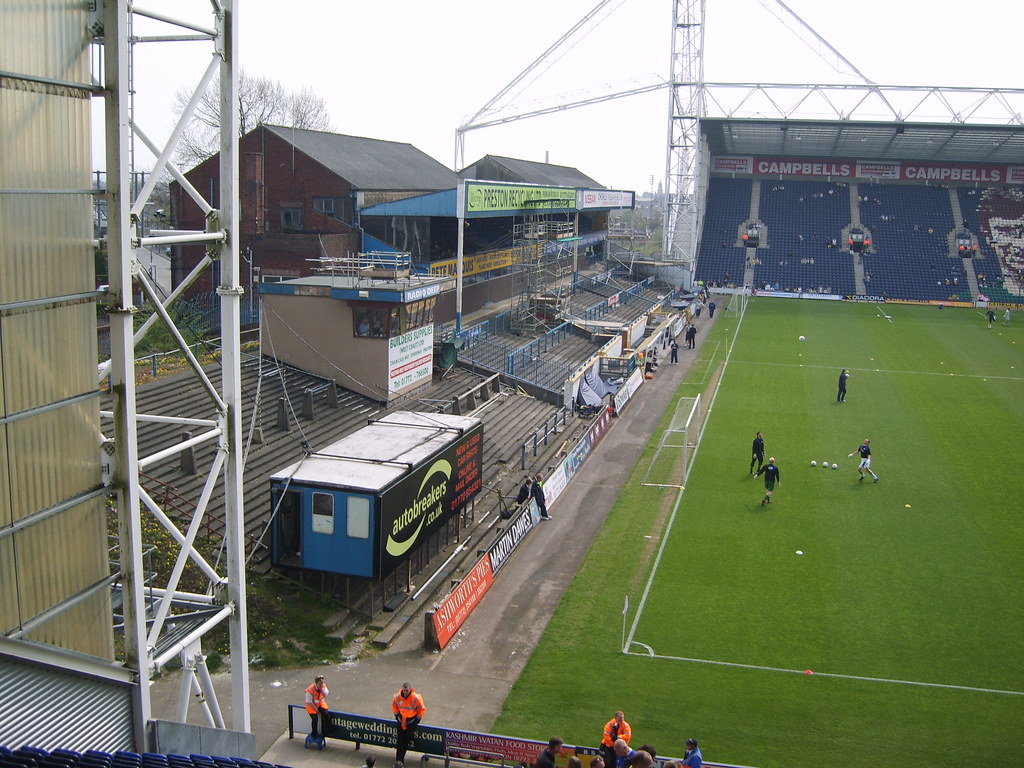 The goalkeepers were always the first ones out to warm up and Teuvo, or Tepi as he was affectionately known by our fans, always used to wave at me and I used to think to myself “How tall is he?!”

The Finn signed for Preston back in 1995 and left the club in 2003 making a total of 183 appearances in his time with the club. At the age of 6, I had the pleasure of meeting Tepi in the changing room as I was the mascot for the game against Arsenal during the FA Cup campaign of 1999.

Tepi didn’t even play that game as he was injured but still made a fuss of me and he absolutely made 6-year-old me’s day.

PNE signed Tepi from FF Jaro who played in the Finnish Veikkausliiga for a fee of £120,000. He was initially signed to cover John Vaughan but John was released at the end of the 95/96 season which then lead to Tepi becoming Preston’s number one choice.

He was always considered a somewhat controversial choice and it wasn’t long before Tepi actually lost his place in the starting line up to Bobby Mimms and actually ended up spending the rest of the 96/97 season on loan at Scarborough and Darlington.

This wasn’t to phase Tepi though (much to my delight) because in the 97/98 season he came back with a bang and after a run of good form for us, he earned his first full international cap for Finland against Norway. Without a shadow of a doubt, his best season with the club was in the 99/00 title-winning season where he made the number one jersey his own.

He was recalled to the Finland squad in March, reached 100 appearances, won a second division title medal and set a Preston record for clean sheets with 24 in the league and 28 in all competitions.

His career as Preston wasn’t without fault, I mean I couldn’t write the article without mentioning that night in Norwich where a back pass from Graham Alexander went straight under his foot. (I’m sorry Tepi, I really am).

Despite him being a controversial figure at times I remember him becoming a bit of a cult hero and the fans always pretty much loving him as one of our own.

I will always certainly remember him as a man who made me fall in love with football and that’s why Teuvo Johannes Moilanen was my first Preston North End idol.

Boxing Clever in the Championshipby Jimmy Atkinson / May 14, 2020
David Buchanan Exclusive: The Squad, The Club, The Play-Offs and Wembleyby Jake Oates / May 23, 2020