July 17th, 2019 – the day David Nugent’s homecoming was confirmed. It’s been 12 long years since David Nugent donned the lilywhite shirt of Preston North End but we’ll get to see it again next season after the club announced that they have agreed a deal with David Nugent from August 1st.

Born in Huyton near Liverpool, he was in Liverpool’s youth academy until the age of 15 and joined Bury for whom he made his debut in March 2002 at the age of 16. An explosive start to the 2004/5 League Two season in which he scored 12 times in 29 games in all competitions, saw clubs from higher divisions start sniffing around the striker and he eventually turned down both Burnley and Northampton Town to sign for the Lilywhites in January 2005 for a fee of £100,000.

He signed on the same day as Matt Hill who we recently did an interviewed and he said of David: “In terms of instant impact, it was definitely Nuge. When he wanted to go, he took off. He was unbelievable and he’s gone on to have quite the career since.

“I heard a story when he moved to Portsmouth and obviously, he’d gotten the big money in the Prem. He went up with the squad when they were meant to be playing Wigan or Manchester United or something like that. Anyway, they were meant to be chilling out in the Trafford Centre before a game but Nuge was running around the place buying up all the shops while the rest of the squad were just relaxing drinking coffee, he was like a kid in a sweet shop. But that just sums him up, a top lad.”

In 32 Championship appearances, Nuge hit 10 goals in 2005/6 including that banger in the play-off semi-final away at Elland Road. This was, without a doubt, my favourite memory af David Nugent in a North End shirt. It was one of the earliest memories of going out with my mum and dad to watch North End in the pub.

We got there and obviously we went 1-0 up just after half time after Nuge picked up the ball halfway inside the Leeds United half and just went on a mazy run and found himself in the Leeds box and slotted the ball away past the then Leeds goalkeeper, Neil Sullivan.

I won’t talk about what happened later in the game but that moment, seeing him scamper away down the left and slot the ball into the back of the net, I was just in a moment of sheer joy.

As for Dan, one of my fellow podcast hosts and frequent author on the site, here’s what he had to say.

“My favourite memory of Nuge at North End was his opener against Burnley in a 2-0 win on Saturday, March 17th 2007. North End v Burnley was the massive derby game at the time, certainly the most bitter rivalry I grew up able to experience regularly, and this game is one of my fondest memories of the fixture.

“It had been a tense first half hour with little in the way of chances for either side when the ball was floated into the Burnley box from the left. Brett Ormerod stood with his back to goal with a Burnley man all over him. As the ball came to him, he angled his body perfectly to knock the ball down into the path of the onrushing Nugent.

“There had been speculation in the couple of days prior that then-England manager Steve McLaren had taken an interest in Nuge, and his interest was piqued when he stormed onto Brett Ormerod’s knock-down and guided a bouncing half volley back across the goalkeeper and into the corner of the net.

“Cue pandemonium in the Town End and the Finney, the latter of which a jubilant Nugent sprinted and slid on his knees towards before being absolutely clattered by his teammates in celebration. That, retrospectively, was the moment David Nugent earned his call-up to the England national side and he was indeed in the squad just 48 hours later, replacing an injured Darren Bent and the rest, as they say is history.

“He sat out the opening qualifier against Israel but made his one and only appearance next time out against Andorra, scoring what would turn out to be a very famous goal indeed.”

Finally, Oli, the other podcast host and frequent contributor to the site said his favourite memory of Nuge was the night he was at his football awards night when the play-off game against Leeds was on the tv.

“I remember being at Springfields football awards night when the Leeds game was on. It was in a local social club and the awards were in one room with the game in the other.

“During the awards ceremony, we all heard a massive roar, everyone steams into the other room and Nuge has just scored at Leeds to put us 1-0 up. Everyone was buzzing, it was mental.”

To say that I’m now looking forward to the game against Wigan on August 10th is an understatement. The only question mark is whether or not Nuge will be included in Alex Neil’s squad because let’s make no bones about it, the gaffer won’t include him in the squad or the starting XI if he doesn’t think he’s good enough or up to it. 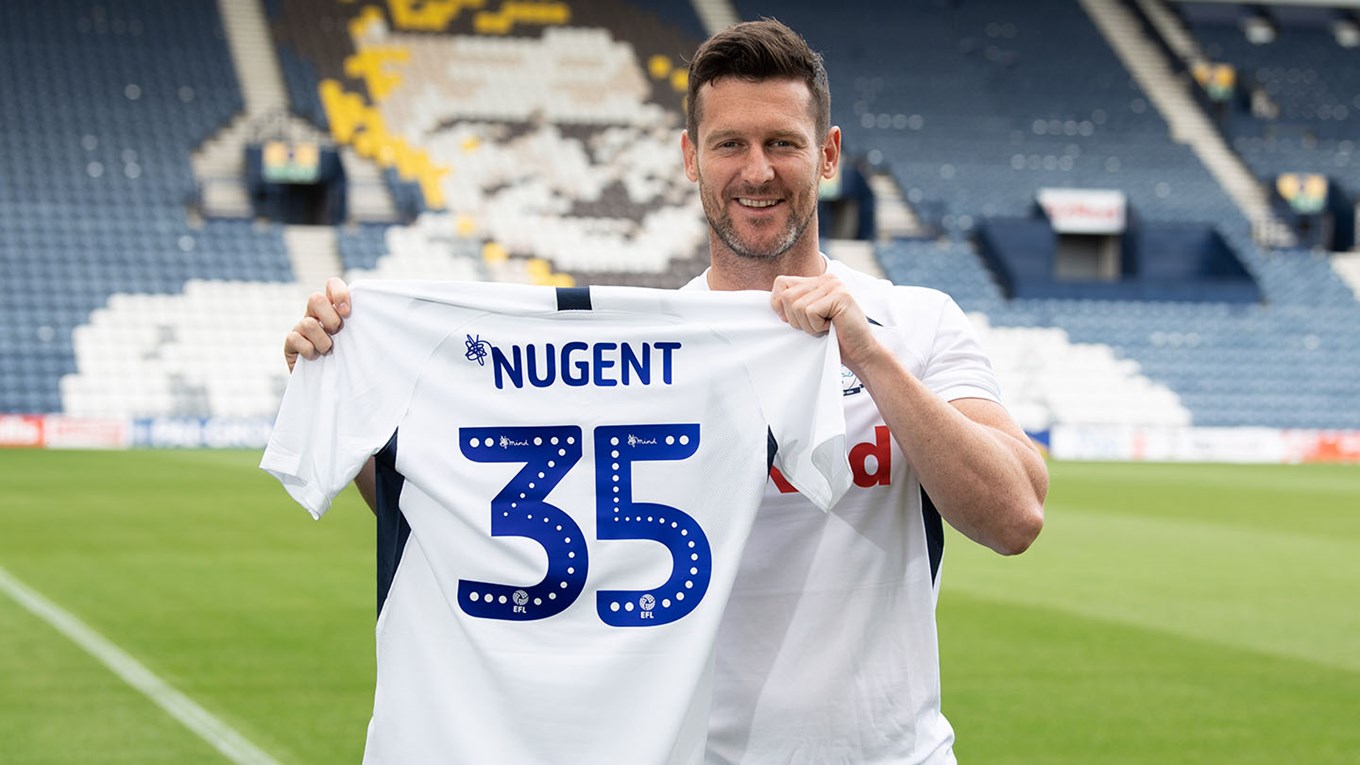 So, here’s hoping he’s back fit in time to be in the thoughts of Alex Neil for the Wigan game as he is roughly 2 weeks or so away from full fitness after picking up a knee injury in the first leg of Derby’s play-off semi-final against Leeds United.

As far as what he’ll bring to North End, one thing you won’t be able to question is his desire and passion to play in front of the Deepdale faithful again.

He may be 34 and have lost a little bit of pace but, and to quote Nuge himself, he’s still got “plenty of running in his legs” so let’s hope that he can still pull some magical moments out of the bag in a North End shirt one final time. There’s often mention of the fact that he loved a goal against Ipswich so I took a look at the figures from his time here.

Just a final note, who said there was no room for sentiment in football? I’m absolutely buzzing!